The History of PPC

Do you ever lie awake at night wondering how PPC came to be? Probably not. Yet even though the existence of pay per click advertising may not be something that keeps you up at night, it’s helpful to look back at where it came from. PPC has gotten a bad reputation over the years, and some even claim it’s dead. Before you jump to any conclusions, take the time to understand PPC and how it came to be. You may just discover a newfound appreciation for it.

Many people assume that pay per click started in the early 2000’s, around the time that Google announced the CPC version of AdWords. This was an important time. A game changer, in fact. But it wasn’t the birth of PPC. Instead, PPC dates back to 1996. Yes, the year that eBay and Ask Jeeves was formed. Or when the Spice Girls came out with the hit song “Wannabe.”

Let’s take a closer look at the birth and life of pay per click.

The Current State of PPC

Today, pay per click is very much alive. It’s an investment, however. That’s why you need to be smart about launching PPC campaigns. This includes being realistic about your goals and knowing when the best time to launch a campaign is.

For example, pay per click is ideal when you’re looking for quick traffic and results. It can also identify which keywords are converting well. This will allow your SEO team to be more efficient in their marketing efforts.

Setting a budget for PPC is also easy. You only have to pay when an interested person clicks on your ad. Plus, you can reach your target consumer at the right time and with the right ad thanks to enhanced targeting options.

Who knows what the future will bring with PPC, but we can certainly say we’ve enjoyed the ride so far! 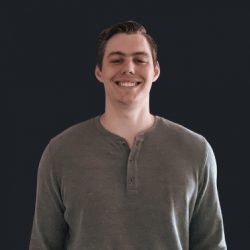 Matt Sherman is a PPC Strategist with a degree in Government & Political Science from Gallaudet University. By facilitating the use of artificial and behavioral intelligence layered into strategy engagement, he is evolving the principles of SEM with real-time active decision-making. In his free time, you can find him fishing and absorbing all the outdoors has to offer.

A Guide to Paid Advertising for eCommerce

How to Gain Google Visibility for B2C Companies

How to Get Home & Garden Leads on Social Media

How to Get Results from Paid Ads in the Hospitality Industry