Web Analytics and Data Collection in the Age of Mobile

The advent of mobile phone and tablet technologies has had a major impact on the world of web design. Not surprisingly, this change has also put pressure on web analytics providers to do a better job of identifying mobile users and monitoring their behaviors in order to provide website operators with a more robust view of their actions. There’s also the challenge of tying together information about visitors to mobile-friendly websites with data from folks who use apps. The future of web analytics and data collections in the age of mobile is still being defined, and website owners are sure to be interested in seeing what comes next.

How Mobile Changes the Analytics Game

The way users interact with a device is significantly different from how they might use a traditional desktop or laptop computer. A number of common metrics used in the web analytics world were based upon behaviors that are more common to the traditional computing world, such as clicking a link with a mouse. Consequently, a number of metrics that drive revenue have also been tied to those behaviors, such as click-through rates.

Mobile devices tend to encourage two basic behaviors: scrolling and swiping. A number of mobile-friendly websites have already begun integrating features that concede to these behaviors more, such as scrolling into the next story automatically, rather than expecting the visitor to click a link that says, “Next.” This can seem trivial at first blush, but it leads to an entirely different view of how visitors stay on a website and interact with it.

These changes should not be viewed as inherently negative. In fact, a number of aspects of mobile website usage allow us greater insights into the user’s reactions. For example, we can now develop more accurate heatmaps based upon the way that visitors scroll and swipe through a page of content. We can also now detect how they linger on a specific element, such as a video or an interesting picture. This information allows website operators a clearer picture of what is working and what isn’t.

The most dominant web analytics package in the world has been Google Analytics, and it has held its crown for a long time. Google Analytics has, however lagged other packages in recognizing the utility of specific features of the mobile web, and this has allowed a number of competitors to enter the market. Perhaps the most popular of these packages is Mixpanel, which brings together web analytics together with in-app analytics. Another platform that many companies use is Clicky. Google also acquired a platform that handles both mobile web and app analytics, and the company is in the process of tying those features together.

Making sense of the mobile web ultimately means determining which specific metrics matter to you. Analytics platforms already gather a great deal of basic information about the devices used by each visitor, and this data is an excellent starting point. Every website operator should have a clear picture of what devices are being used, such as traditional computers, tablets and phones. Likewise, the different operating systems they employ matter. You should also be looking at the default screen size that’s employed by each user.

In terms of building a site using responsive web design, this information allows you to determine where to focus your efforts. For example, if a site’s visitors are primarily users of Apple iOS devices, it’s wise to avoid using any implementation of Adobe Flash for serving videos, since Apple devices don’t support this format. If you see that you have a large number of users on older devices, it may be a good idea to hold off on adding more robust features, such as dynamic JavaScript elements, which are known to slow those systems down. While responsive design is increasingly becoming ubiquitous through its acceptance as an industry standard, it’s still a good idea to customize content to the devices that are most commonly used by your visitors.

As mobile platforms become more robust, we’re likely to see an increase in the value of metrics such as heatmaps. This will allow website operators to form a clearer picture of just what elements on a page interest each user. This data can also be cross-tabbed with other information, such as gender, income and geolocation, in order to take a more nuanced view of the different groups of users and what their interests might be. We’ll know where they dwell on sites and what causes them to quickly quit looking. As we go forward, website owners will have a more granular picture of not only who mobile users are, but how they interact with every aspect of a site. 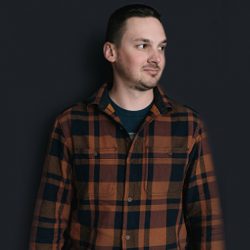 Which Paid Social Media Investments Are Worth It