From local legend to the national stage, 10th Ave. Burrito Co. has made a name for itself – not only at the Jersey Shore, but across the entire country.

Head owner and shore native, Brian Katz, has been cooking up delicious cuisine since he was young.  Initially a hobby in high school, he found experimenting with flavorful foods to be his calling.  Brian moved out to California for culinary school and, shortly after, relocated to South Beach, Miami where he looked to bring back the sweet taste of California and incorporate it into his dishes.  Working at numerous restaurants in the area led Brian to gain interest in opening up one of his own.  And this is where the 10th Ave. Burrito Co. story begins.

Originally located on 10th Avenue in Belmar, NJ, 10th Ave. Burrito was considered a local hole in the wall.  Beach residents flocked to the 5-seat restaurant, which was known to serve up the best mexi-cali cuisine at the shore.  With a wish to expand and attract more foot traffic from Jersey Shore tourists, Brian and his team made the decision to move from 10th Avenue to 8th Avenue.  The new location offered a full bar area, a dining room for over 40 guests, and greater visibility when first cruising into Belmar.

When sitting down with Brian to discuss how his business has grown from a local hangout to a dining destination, he admitted that there was no plan of action for his advertising efforts.  When 10th Ave. Burrito was first established, there was only a MySpace page which was used as the primary online buzz generator.  As time moved on and social media became more prevalent, the 10th Ave. Burrito crew decided to brand itself online as a unique dining experience – from the decor to the food.  Young employees are given the responsibility of being the social gurus, as all of their online promotions are done in-house, proving that no one knows the brand better than its own employees.

Through the power of a strong brand centered around mexi-cali cuisine and news spread through organic word of mouth, 10th Ave. Burrito quickly gained a presence at the shore. When a national television show came knocking at their door, however, business drastically changed.

Diners, Drive-In’s, and Dives, a Food Network favorite, reached out to Brian after receiving many letters from loyal customers of 10th Ave. Burrito suggesting the restaurant be on the show.  With the customers in mind, Brian gave the go-ahead and the camera crew was at the restaurant in the heat of the summer, catching the unique vibe of the mexi-cali local hangout.  The day after the show aired in the winter of that same year, business was booming like never before.  Brian can recall seeing immediate results and having lines upon lines of foodies waiting to get a seat on, what is usually, a calm Tuesday night.

Due to the hype DDD drove to the business, 10th Ave. Burrito had to shut down for the weekend due to limited capacity restrictions.  Between rejecting reservation phone calls and turning away people in person, Brian saw this as a double edged sword.  Some avid diners were upset after being turned away, but business had clearly never been so incredible.

Guy Fieri, the well-known bleach blonde host of the show, left Brian with two key pieces of advice as to how to grow a successful business.  He offered the following:

Brian took this advice to heart, as he went from being the top chef of 10th Ave. Burrito to focusing on being the head honcho.  He also took plenty of time and effort into looking at how to differentiate the restaurant from any other run-of-the-mill mexican cuisine eatery.  Brian worked to get new equipment, hire stronger staff, and expand his business with the expected increased traffic in mind.  Since DDD, business has always been steady.

Unique Talent From All Over The Country

10th Ave. Burrito doesn’t just offer the spiciest burritos and mouth-watering tacos, it provides a completely different dining experience.  Brian and his team look to be unique in everything they do.  A restaurant laced with skulls and mexican inspired artwork, the business also hosts underground local and national talent.

The 10th Ave. team doubles as a concert venue for locals and visitors from afar to check out upcoming bands from across the country.  It looks to offer its guests more than just another local cover band.  What started out as cold emailing bands looking to do a show at the Jersey Shore, turned into bands contacting 10th Ave. Burrito as a stop on their cross-country trips.  Not only is this providing the unique entertainment Belmar locals crave, but it evolved into a great organic social strategy as well. Primarily using social media to get their message out regarding their shows, 10th Ave. Burrito receives the click-throughs and views from fans of these many bands.  Brian clearly differentiated his restaurant from the rest – by creating a memorable sub-brand off of his already successful eatery.

Brian knows his business’s success stems from his loyal consumers who have stood behind 10th Ave. Burrito since the beginning.  The typical customer is someone who is unique, open-minded, willing to try anything, and appreciative of the restaurant’s want to serve its customers.  Brian doesn’t want his business to be just another place to pick up dinner – he wants it to be an experience.

It is obvious that 10th Ave. Burrito has been a lasting impression on its customers, generating over 14,000 likes on Facebook and over 7,000 followers on Instagram.  Engagement with company posts and statuses are high, and prove it is far beyond a brand.

In terms of refreshing the 10th Ave. Burrito brand here and there, Brian is sure to switch up the menu at least once a year to keep customers on their toes as they look for a new favorite dish.  He also stressed how much 10th Ave. Burrito values its repeat customers.  If you’re coming into town just for a weekend and have been craving that beefy burrito with the speciality sauce, it isn’t uncommon to message the restaurant on Facebook and request the dish to be on the menu.  The 10th Ave. team is aware that the people drive its success, so why do anything less than please the people.

In the coming years, Brian hopes 10th Ave. Burrito will continue “doing what [they’re] doing” while remaining a positive impact in the surrounding community.  The business has done charity outreach in the past, but hopes to get more involved with giving back.  Brian attributes his company’s success to his hardworking staff.  About 90% of the staff has been working with 10th Ave. Burrito for two years or more, so they understand the business, the brand, the culture, and its goals and visions on how to improve.  Through its social channels, word of mouth, and growing music culture, the restaurant has proved to be far more than a local hole in the wall.

From a Belmar hangout to a national dining destination, it’s evident that 10th Ave. Burrito Co. will continue to have a bright future ahead. 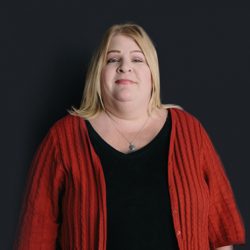 Melissa D’Antonio is an Office Manager with a degree in Computerized Accounting from Avtech Institute of Technology and Business Administration from Brookdale Community College. Maintaining operations and procedures, she is goal-oriented and driven to improve processes, quality, productivity and efficiency. D’Antonio is married and has two children. In her free time, you can find her spending time with family and friends.