Google loves their animals, and now they’ve implemented another update – the Pigeon update – that is designed to produce more relevant, useful and accurate local search results. The algorithm makes changes that are visible within the Google Maps and Google Web search results. The reason for its inception is rather interesting and goes beyond providing relevant search results to users.

Was Google Trying to Hurt Yelp?

You may remember the recent accusations from Yelp stating that Google was manipulating the search results to favor its own local listings. Basically, if a user was searching for an Italian restaurant in their local area, Google’s search results would show up ahead of Yelp’s. Users then had access to Google+ reviews and content, where Yelp was pushed below these search results.

Google denied the accusations, saying that they build Google Search for their users and provide the right information at the right time. Nevertheless, Google ‘fixed’ the problem with the Pigeon update.

Changes from the Pigeon Update

With the algorithm in place, if a user searches for an Italian restaurant, the Yelp URLs may show up ahead of the official website and other Google+ related content. But, it’s not just Yelp that is benefitting from the update just because they spoke out. All other local directories are getting a boost. If a user looks for Italian restaurants in their local area, they may get organic listings from lesser known directory pages, although the familiar Urbanspoon, TripAdvisor and OpenTable top the cake.

Of course, the Pigeon update was just rolled out, so it’s anyone’s guess as to what will happen in the future. But for now, it appears that Yelp and other local directory-style sites are benefiting from the update with higher visibility, at least in some tests. Google did admit that the update would tie local results more closely to standard web ranking signals, which would benefit sites that have strong SEO signals. The algorithm is also intended to improve distance and location ranking parameters.

With all this in mind, we can’t help but wonder: did local search for small businesses and websites just get a lot more difficult? 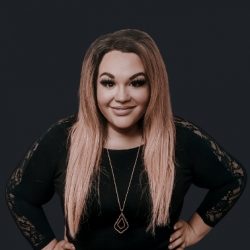