The selling process for SaaS companies can be long; fraught with back and forths and pauses. Today, the average SaaS sales cycle is 84 days, regardless of ACV.  But for many companies, that’s just too long to wait.

So, how can SaaS businesses accelerate the sales process and ensure that a deal gets closed?

Here, creating a sense of urgency can tap into a psychological aspect of buyer behavior that incites action. Today, we’ll discuss 5 ways you can utilize this methodology.

Urgency is a psychological trigger that’s related to human loss aversion. Put simply, you don’t want to miss out—in this case, on a great deal or a fantastic product.

In many cases, urgency is linked to scarcity. In other words, if there’s a limited number of something, you have to get your hands on it before there are none left. The lack of supply compels a quick action.

For SaaS companies to leverage scarcity, there needs to be a limited number of items available. In this case, examples could be:

If your product is already finding success and making a marked impact on its existing users, it’s smart to lean into that with urgency tactics.

You could cite how many users have signed up in the last week and the expected benefits they’re already receiving. In doing so, you can foster a sense of urgency where a business that isn’t yet signed up feels as if it’s missing out on an opportunity to create a competitive advantage.

The sentiment goes: Other businesses are doing it. Why aren’t you?

#3 — Use an Impending Price Increase

Do you have a price hike on the horizon? If so, let would-be customers know that now’s the best, cheapest time to get in.

Price increases are a natural outgrowth of product evolution. More features and functionalities tend to lead to higher prices over time.

By highlighting this impending cost increase, you can send sign-ups that give would-be buyers an opportunity to get in before it becomes more expensive. This is especially useful for customers who were already on the fence and just needed a little extra nudge to get across the finish line.

No visual can give as significant an impending sense of urgency as a ticking timer. Both human psychology and media in general have conditioned us to associate fleeting moments with a call to action.

According to Brad Smith, founder of Codeless: “The countdown timer is becoming ubiquitous online now thanks to simple tools like this. Earlier we saw it on Expedia. Then in a site overlay. Now on the QVC. And soon we’ll see it in a few other contexts as well.”

Modern marketing tactics creating a sense of urgency have the potential to accelerate deal closures and incite greater market participation. Such sales strategies tap into psychological behaviors that are deeply embedded in the human brain.

Do you need help creating a sense of urgency over your product?

The team at Semgeeks can help. As one of the premier content creation companies in New Jersey, we’ve worked with dozens of SaaS vendors to drive sales and shorten the sales cycle.

What does a Semgeeks partnership look like? Let’s chat. 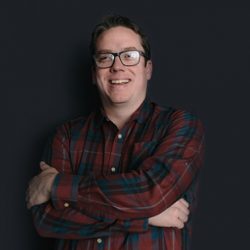